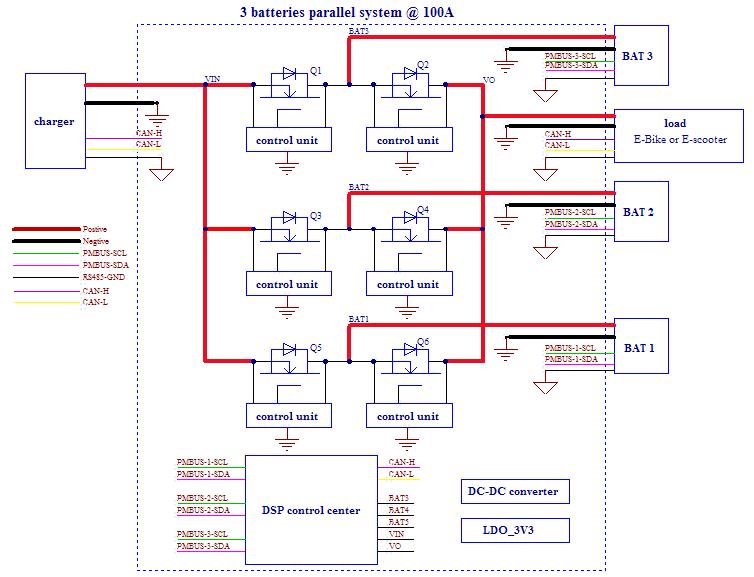 The existing problems when two or more battery packs are in parallel:

High voltage battery packs automatically chare the low voltage of the battery packs. At the same time, the charging current becomes very large and even fluctuates as every single battery pack has different internal resistance, voltage and capacity, which might damage the BMS.

At present, most companies use current-limited modular to control charge current for each battery packs. However, this is potential to damage the BMS.

Current-limited modular allows the BMS on protection when the charge current is large. Therefore, the all-power system cannot discharge and charge.

If the battery packs modular are applied to the electric motorcycle, ebike, robot, telecom storage, they are not convenient to replace one battery pack of the modular.

The working model of our parallel modular

However, the Diode has a drop voltage VF as shown in the Figure below. 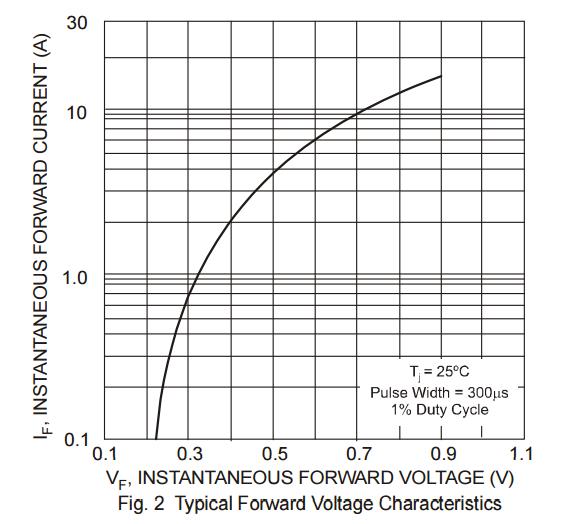 The larger the current, the larger the voltage drop. Also, a larger drop in voltage will cause power loss. Moreover, the temperature will up. Higher temperature influences our system and the Li-battery.

Therefore, we use the NMOSFET instead of the diode. In addition, the NMOSFET needs for a control unit. We turn on the NMOSFET when Vin > Vout and turn off when Vin < Vout.

The NMOSFET drop voltage = ID*RDS. We need to choose a low RDS NMOSFET if we want less power loss. The control frame is shown in Figure that follows.