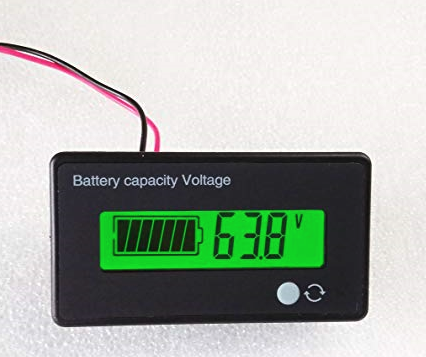 Why is it important to calculate the remaining battery capacity as accurately as possible?

The use of the cleaning system, robots, military equipment, and medical equipment has been found useful in the modern age. Also, measuring instruments such as portable devices (for example, the universal makeup) has been found to align with the trend of development. However, lots of development has not been noticed because all portable devices need to be powered by a battery

The battery can be said to be the most difficult part of the supply chain whenever there is a need to predict the remaining running time of the system. As a result of a continuous increase in the number of portable applications, there is a need to achieve more critical operations such as the use of a mobile phone for account management; medical equipment must be fully deployed for the monitoring of essential data 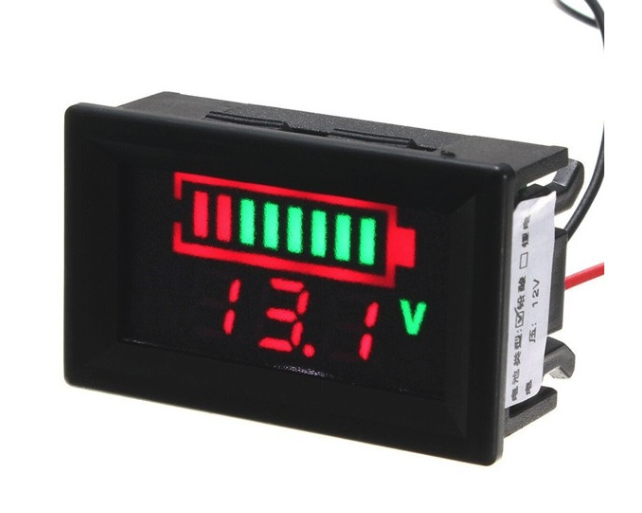 The methods for monitoring the battery capacity 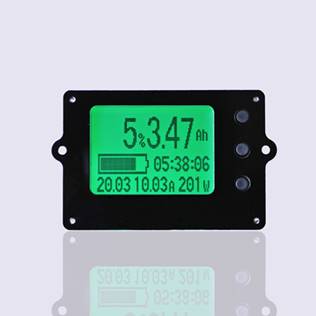 Nowadays, the monitoring methods used are of two types. The first type is on the current integral (current integration) while the second type is based on the voltage measurement. The former is based on a sound idea which implies that whenever the battery is fully charged, there is an incidence of the flow of discharge. In this case, one can get the amount of residual capacity. The current integration method works very well when the battery is newly recharged and is known to be fully charged.

This method has been successfully used in many current battery monitoring processes.

The weakness of monitoring the battery capacity through the current integral

It is important to stress that this method is limited in one way or the other. One of its weaknesses is the non-functionality of the battery in the use mode. Whenever the battery has not been used for several days after charging, or if a few recharge and discharge cycles are not fully charged, the self-discharge caused by the internal chemical reaction will become apparent. Since there are no ways or methods to self-discharge, then the best way to correct it is through a predefined equation. Different battery models have different self-discharge speeds, depending on the charging state (SOC), temperature, the battery charge/discharge cycle history, and other factors. Creating an accurate model of self-discharge takes a considerable amount of time to collect data, even though it does not guarantee the accuracy of the results.

Another challenge with this method is that it is only possible to update the total power value whenever it is completely discharged immediately after full charging. If the number of complete discharges during the battery life period is deficient, the real capacity of the battery may have begun to decline significantly before the actual battery value is updated by the meter. Therefore, it causes the monitoring to overestimate the amount of energy available during these cycles.

Monitoring the remaining capacity through voltage

One of the first methods is the voltage-based method. It only needs to measure the voltage between the two levels of the battery. The method is based on a known relationship between the battery voltage and the remaining charge. It looks simpler, but it has lots of difficulties in the monitoring process. The simple connection between the battery voltage and the power is present only when no load is applied during the measurement. When the load is applied (this happens in most cases where the user is interested in the capacity), the battery voltage is distorted by the pressure drop caused by the internal impedance of the battery. Also, even if the load is removed, the (Relaxation process that occurs on the battery can cause a continuous change in voltage within a few hours. As a result of several reasons, the pressure drop correction method based on the knowledge of battery impedance is still problematic.

1. Chemical reaction and the voltage change of battery

2. The complex electrochemical reaction of the battery itself causes its transient voltage response.

3. The primary steps of charge transfer from the electrodes of a lithium-ion battery (the steps of other batteries are similar).

The charge must first pass through an electrochemically active material (anode or cathode) storing energy in the form of electrons, which is stored in the electrolyte in the form of ions after reaching the surface of the particle. These chemical steps are related to the time constant of the battery voltage response.

With the knowledge of the error of the voltage-based battery monitoring, we assume that the load voltage can be corrected by subtracting the IR pressure drop and then obtaining the current SOC through the use of the corrected voltage value. The first problem to be encountered is that the R-value depends on the SOC. If the average value is used, then in an almost complete discharge state (at this time the impedance is more than ten times the state of the charge). The estimation of the SOC error will reach 100%. One way to solve this problem is to use multiple voltmeters based on the SOC under different loads. Impedance also depends largely on the temperature (temperature per reduction 10°c, impedance increases by 1.5 times). This interaction should be added to the table, and this makes the calculation process extremely difficult.

The characteristics response of the battery is transient. The implication of this is that the effective R-value depends on the load time and it is evident that we can treat the internal impedance as an ohm resistor without considering the time factor. This is because even if the correlation of R and Soc is taken into account in the voltmeter, the change of load will lead to serious error. Since the slope of the SOC (V) function depends on the SOC, the range of transient errors varies from 50% in the discharge state to 14% in the charging process. 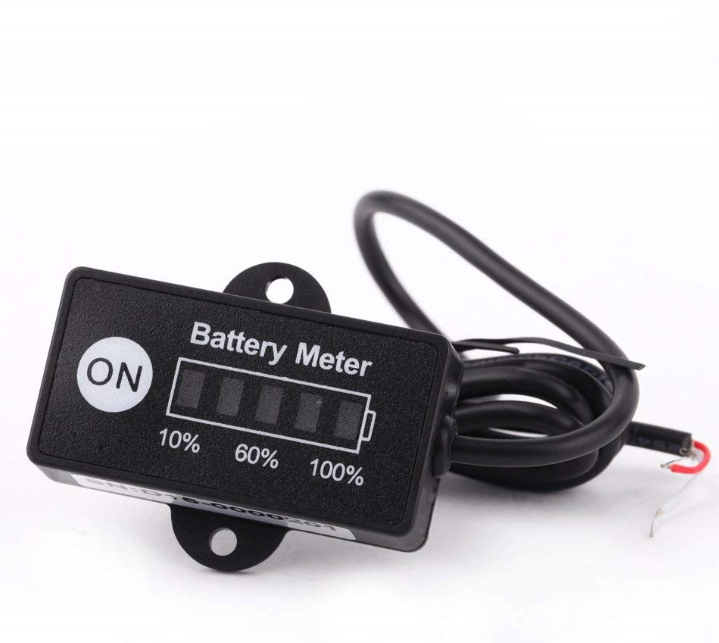 The variation of impedance between different batteries increases the complexity of the situation. Even the newly produced batteries will have a ±15% low-frequency DC impedance changes, which makes a big difference in high load voltage correction. For instance, in the case of the usual 1/2c charge and discharge current, 2Ah battery typical DC impedance is about 0.15ω, the worst will produce a 45mV voltage difference between the batteries, and the corresponding SOC estimation error is 20%.

Finally, when the battery is aged, an impedance-related maximum problem arises. It is well known that the increase in impedance is significantly lower than that of the battery. The typical lithium-ion battery has 70 charges and a discharge cycle, DC impedance will be increased by one time, and the same cycle of zero loads will only drop by 2%~3%.

The voltage-based algorithm seems to work well for the new battery pack, but if the above factors are not taken into consideration, a fatal error (50%) is generated when the battery pack reaches 15% of the service life (the estimated 500 charge and discharge cycles).

Monitoring of the Battery: Current Method and Voltage Method

TI capitalizes on the potentials of the current method and voltage method in the creation of a next-generation power monitoring algorithm. The company has cautiously considered this seems natural, but hitherto involved scheme: combining current and voltage methods to use the most prominent method in different situations. As a result of the precise correlation between the open-circuit voltage and SOC, this method can achieve correct SOC estimation without load and power supply in a relaxation state. Furthermore, the method also makes it convenient to find the exact “starting position” of the Soc by utilizing the non-working period (any battery-powered device will have a working period). This method discards the need for self-discharge correction in the absence of a working period, as the device can recognize the precise SOC when it is connected. When the device is in operational mode, and the battery is loaded, the current integration method is alternatively used. The method does not require complex and imprecise compensation for pressure drop under load since the Coulomb meter number (coulomb-counting) has been tracking the changes of the SOC from the beginning of the process. 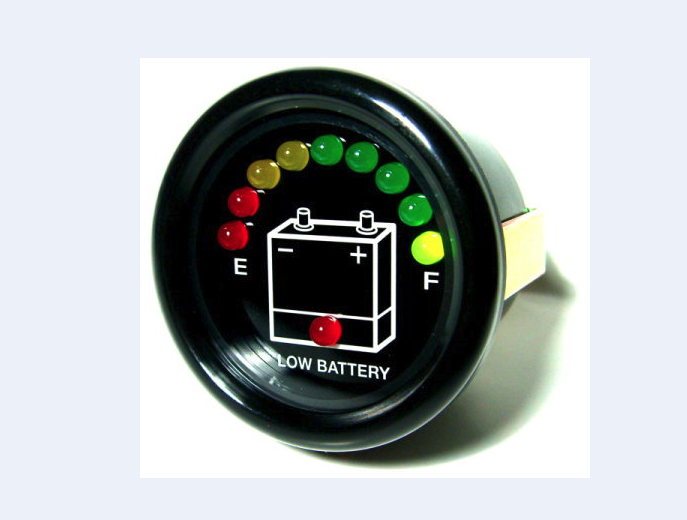 Can this Method Also be Used to Update the Charge Completely?

Yes! The method can be used to update the charge. Depending on the percentage of the SOC used before the load, the SOC after the load (both are obtained by voltage measurements in a relaxation state), and the amount of charge transmitted between the two. Therefore, there is the easy determination of the total power that corresponds to the SOC change in the case of a specific charge change. However, this can be achieved in spite of the of-the amount of transmission, and the starting condition (without full charge).

This eliminates the need to update the charge under some special considerations. Thus it helps in mitigating another weakness of the current integration algorithm. This method does not only proffer a solution to the challenges of SOC, but it also avoids the effect of battery impedance, and it is used to achieve other purposes. This method allows you to update the total amount of power that corresponds to the “no-load” condition, such as the maximum possible charge that can be used. As a result of the reduction in IR, the power under zero load will also reduce, and the time to reach the end-voltage value is reduced when the load occurs. If the impedance relationship between the SOC and the temperature is known, there is a possibility to determine when the terminal voltage can be reached under the observed load and temperature based on a simple model.

Nevertheless, as mentioned earlier, the impedance depends on the battery and increases rapidly as the battery ages and the charge and discharge times increase. Therefore, storing it in the database is of no importance. In an attempt to provide a solution to this challenge, TI has designed a type of IC that can realize real-time impedance measurement, while real-time measurement can keep the database continuously updated. This offers a solution to the differences between the impedance of the battery and the aging of the battery. The constant updating of impedance data makes it possible to predict the voltage situation under the specified load accurately.

In several scenarios, the method can be utilized to facilitate the reduction of the estimated error rate of electricity consumption to less than 1%, and, most importantly, to achieve high accuracy throughout the life cycle of the battery. 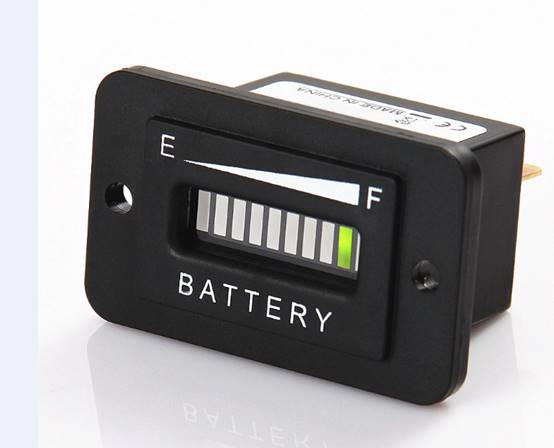 Another advantage of the adaptive algorithm is Plug and play. The implementation of the algorithm does not need to describe the relationship between impedance and Soc and the temperature of the database, because this data will be obtained through real-time measurement. The database for self-discharge correction is no longer needed, but there is still a need to define a database of open-circuit voltages and SOC (including temperature) relationships.

However, this relationship is obtained by the chemical properties of the positive and negative polar system, and not by the specific design factors of the battery model (e.g. electrolyte, separator, the thickness of active material, and additive). Since most battery manufacturers use the same active materials (LiCoO2 and graphite), their V (soc,t) relationships are the same.

Whenever the voltage of the batteries manufactured by different manufacturers, especially in cases of zero load is compared, it can be inferred that their voltage value is very close to the deviation of 5mV. Also in the worst-case scenario, the SOC error is only 1.5%. The development of a new battery necessitates the creation of a new database, unlike the hundreds of databases that are now used for different battery models. This ensures the implementation of the Power meter solution in different devices and the database does not rely on the batteries used. It is not necessary to reprogram even the batteries manufactured by different manufacturers. In this way, the realization of the battery monitoring IC Plug and Play precision and reliability also improved accordingly.